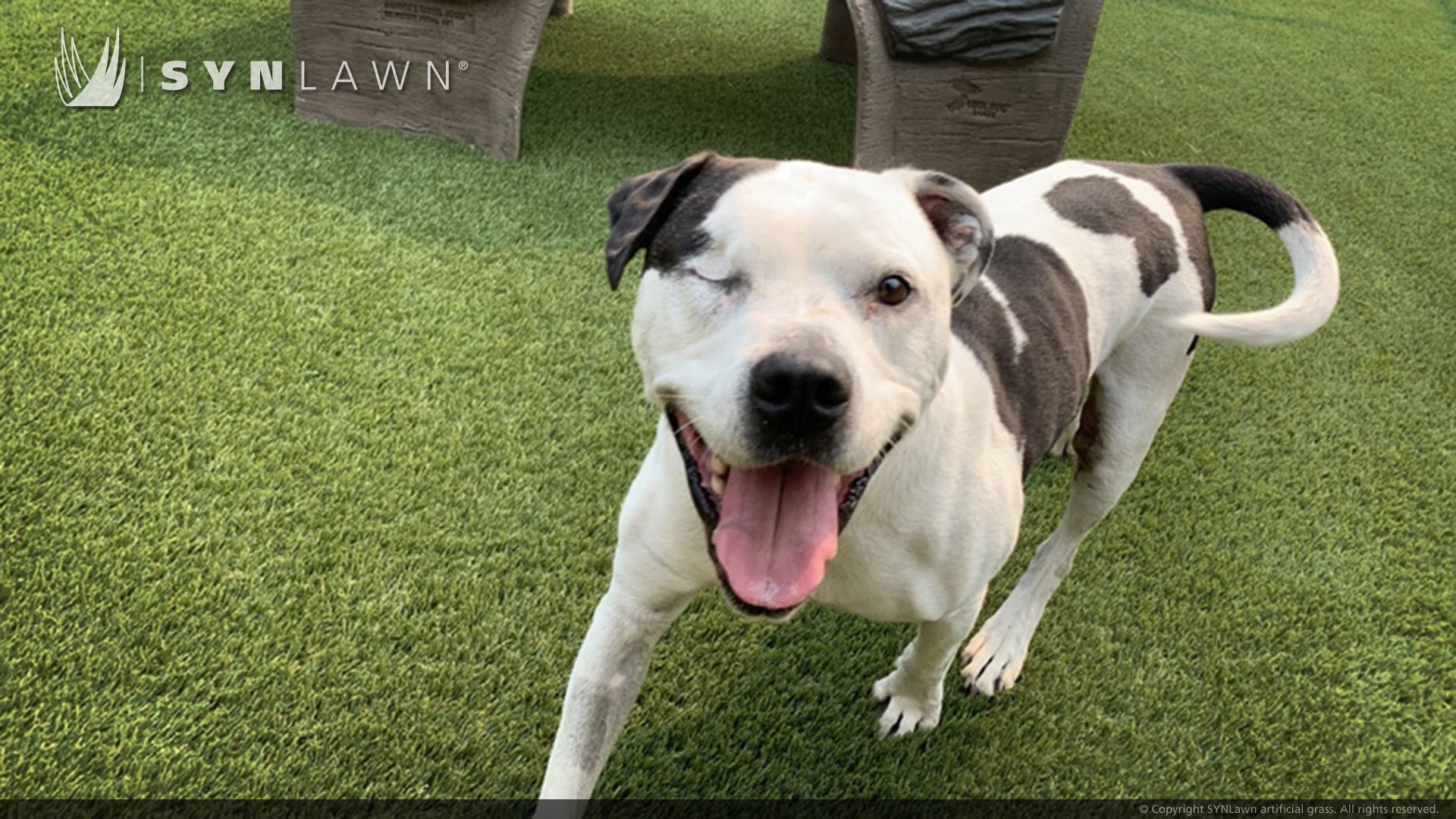 Birmingham, AL — Reagan the Boxer and Labradors Kanan and Emma were in doggy heaven on Monday. The dogs galloped around the 6,000-square-foot dog park outside We Talk Dog, a new dog training/grooming and kennel facility at 1555 Cooper Hill Road in Birmingham’s Eastwood area. When they weren’t chasing each other in the bright sunlight, the dogs wrestled or playfully fought over the many toys strewn over the park or chased a plastic ball thrown by Adam Summerford, owner of Kanan and Emma.

Meanwhile, inside the facility, Chico the Chihuahua scampered around an inside playing area for smaller dogs, as owner Kalyn Trichell, a dog trainer at We Talk Dog, looked on. Summerford and Trichell, who have together trained about 1,000 dogs since Summerford formed Talk Dog Training & Coaching in 2008 in partnership with Caldwell Mill Animal Clinic, say they are taking their in-home training business to the next level with the opening of We Talk Dog in late November.

Summerford bought the former warehouse, which previously housed an ambulance service, earlier this year and has spent the last several months doing most of the work converting it into the We Talk Dog facility himself. He gutted the building, adding a station for dog baths and grooming and separate indoor play area/training sections for big dogs and small dogs. He is still building a kennel area that has standard kennels and 21 custom-built “luxury suites” for small and large dogs. He expects it to be finished in about two weeks.

Besides the big dog park, which will be used for outside play and training for bigger dogs, Summerford is building a separate 2,000-square-foot dog park for smaller dogs. Both dog parks are covered with SYNLawn artificial turf Summerford calls “doggy turf,” specifically designed for dogs, with drainage systems installed underneath for sanitation purposes.

Summerford wouldn’t say how much he has invested in We Talk Dog. A former engineer with B.L. Harbert International, he put his dogs’ paw prints in the concrete floor while it dried. The facility will be equipped with video cameras, allowing pet owners to check at WeTalkDog.com to see how their pets are doing. His website will also have live-stream videos of dog training taking place in the outside dog parks.

“I wanted to create a trainer-designed, dog-secure, stress-free, professionally supervised environment for dogs that would provide all the needs of a dog — training, grooming, boarding, day care and vet access,” Summerford said.

The facility is located next to Hoke Animal Clinic, providing a place within walking distance for pets that need veterinarian care, he said. Boarding services will average $20 a day and the costs of other services will vary and be placed on his company’s website soon. He said We Talk Dog will have someone on staff with the dogs 24 hours a day.

“Because dog training is so fluid and dynamic, I continue to learn, study and try new techniques every day,” he said. “What works for one dog may not work for another. What motivates each individual dog and each individual dog owner can be completely different.”

Summerford said We Talk Dog’s dog parks are also different from traditional dog parks in that professional dog trainers will supervise the animals at play, and make sure the dogs are socially adaptable.

“It won’t be like at other dog parks where dogs that aren’t used to one another fight,” he said. “Our trainers will monitor the dogs closely.”

Dog training can be expensive. We Talk Dog’s website has packages ranging from $550 to $1,650, and will soon add group sessions. Summerford said that owners can take a Pooch Personality Quiz to find out how to get training tailored to their pet’s needs.

Darin White, an associate professor of marketing at Samford University’s Brock School of Business, said a one-stop dog training/grooming and kennel facility with an outside dog park should fit well in metro Birmingham, which he called a big dog-lovers town. Citing figures from the American Pet Products Association, he said dogs account for about two thirds of the nation’s 46 million American pet-owning households. Americans spent $50 million on pets this year, up from $45 million two years ago, and that rose even during the recession, White says.

“People treat their dogs like a member of their family and are willing to spend lots of money to make sure they are well taken care of,” said White, who previously bred Shetland sheep dogs. Summerford, who has a business administration degree from Charleston Southern University and has been a dog owner since childhood, said he found his calling after learning the craft from a professional trainer.

“As a dog lover, I consider myself fortunate to be able to follow my passion for dogs and to have developed a program and a built a facility I believe in,” he said. His biggest challenge, Summerford said, is to let dog owners know that We Talk Dog offers an alternative to leaving a dog locked up in the home all day alone or in the back yard, or boarding their dog at the local vet. “Our facility provides leadership, structure, and socialization,” Summerford said. “Owners can relax while they are away knowing their dogs are stress-free.”

View the full story at this location.